Still Speaking is a radio show created by Conrad Stoesz, the archivist at the Mennonite Heritage Archives. These five-minute stories are currently airing on Golden West Radio 950, 1220 and 1250 AM Monday, Wednesday, and Friday at 9:20 am (CST). You can catch it live online here. We are also sharing the stories on our site here!

Still Speaking tells stories about people, places, and events preserved in documents and artifacts in our archives. Our aim is to learn about the past, the role of archives in society, and give you something to think about. Together we can listen to the people of the past “still speaking.”

Still Speaking Just The Beginning Of Stories At Archives

It was a little over a week ago we aired the final episode in the first season of Still Speaking, the Mennonite Heritage Archives produced program which examined twelve different stories found within its walls. The program was written and voiced by Archivist Conrad Stoesz and aired on Golden West radio station across Southern Manitoba, and it definitely struck a chord with you considering the positive feedback we received.

Conrad was our guest Wednesday morning, and he spoke with Co-Host Chris Sumner about where the inspiration for the program came from.

Chris also asked Conrad to reflect on what his favourite stories were from the initial twelve he shared.

If you missed an episode of Still Speaking, or would like to have another listen to a favourite, you can do that below.

To listen to an episode click on desired episode title, which will bring you to the audio and pictures for that episode.

“At the Archives we have a copy of Adolf Hitler’s infamous book Mein Kampf, but this copy tells an unexpected story.” Listen to the last episode of Still Speaking, Season 1 for an exceptional story from the Mennonite Heritage Archives.

“Where would you turn for advice if you were asked to give a big chuck of your wealth away?” P.W. Enns was asked just this and find out what Enns did in the eleventh episode of Still Speaking.

“What was it like immigrating to Canada in the 1870s – the writings of a 16-year-old teenager, Jacob Fehr, gives us a glimpse.”

“I have a question for you. How much is a good reputation worth? Can just a reputation and no cash save a whole community?”

Continue to ponder these questions while listening to Episode 9 of Still Speaking.

“Did you know that Canadians opposed to war helped build a secret weapon?”

Find out more in the 7th episode of Still Speaking.

David Goerzen was a Conscientious Objector (CO) who worked on the Habbukuk project. Below are three clips from an interview with David about his time working on the project.

It has been some time since I last reported to you. Since then you have been seriously ill in hospital. I have heard that you are at home now and that your health is improved, thank God.

Upon request of the Committee, I travelled to Jasper on February 3. The first difficulties arose through the [Seventh Day] Adventists who are strongly represented there. Because of their confrontational arguments I was compelled to give clarity to the men re. law and grace, the annihilation teaching, eternal damnation, etc. Later we managed to get together again in a reasonable manner. I seek for unity in the camp but not as the expense of the truth.

The work at present is hard and is primarily at Jasper. On the ice of Lake Edith they are building a box 60 x 30 and 20 feet high, which is to be filled with ice and then sunk. Since spring is approaching, they are rushing to be finished with the work on the ice and thus are working day and night in two 11 hour shifts.

I also visited the 3 camps at Seebe for several days. The worship services were well attended and we experienced the blessing of the Lord. However, a certain pressure rests upon the men at Seebe which people at home don’t know. This results from the continuing harsh treatment and dirty work. They are building “mine props” which, in spite of the hard work, they are not able to supply in sufficient number. I spoke to Mr. Holman, of a higher Board in the National Forestry Reserve. Mr. Holman’s office is here in Calgary. Since then, Brother Penner reports that the treatment is better. Brother Penner is a minister of the Holdeman Church and served in Seebe after me.

Arriving in Banff, I visited the Wesley Ewerts and also the camps for several days upon the wish of Brother B.B. Janz of Coaldale. Since the road to Radium Hot Springs was closed and there was no chance for a ride, I travelled the long detour via Golden. Now I’m working here at 16 Mile Camp. The 21 Mile Camp is 5 miles away, but I cannot visit there now since 4 young men have the mumps and the doctor has quarantined the camp. If I come in contact with the men over there, I will have to stay for 15 days after the last of the men are well. I can’t do that. I don’t know what they will do with those who are now getting farm leave.

By means of physical work, I earn my meals as I also did in Jasper and Seebe. I want to go back to both those stations before I leave for home.

Enclosed are the lists for the camps.

Respectfully yours and wishing you health, I remain yours in Christ!

Episode 6 – Sherryl Koop and the CRA

“Sherryl stood in front of the judge in the tax court of Canada. She managed to assemble some good evidence, but would it be enough?” Conrad asks on the sixth episode of Still Speaking.

“Ever wonder what your ancestors thought about 150 years ago?  Esther did – but first she had to crack the code!”

Listen to this five minute episode of Still Speaking to find out how Esther cracked the code.

“Do you remember the school shooting in Nickel Mines Pennsylvania in 2006?” Conrad asks on episode four of Still Speaking. “This old book I am holding,” he continues, “has something to do with the Amish response to the events on that violent day.”

“I often get asked what archives collect – let my story help answer this question – it will stop you dead in your tracks,” Conrad exclaims in the third episode of Still Speaking. Listen to the five minute story to learn why things aren’t always as they seem.

Don’t believe everything you read in your history textbooks.

In this second episode of Still Speaking, Conrad Stoesz tells the interesting story of Johannes Dyck.

In the first episode of Still Speaking, Conrad Stoesz tells the story of Johannes Dyck and his family’s journey from Russia to Canada. But what does a doll have to do with the family’s escape? Listen to the short 5 minute story to find out.

The Anabaptist Story Lives On: Virtual Museum and Archives Tour 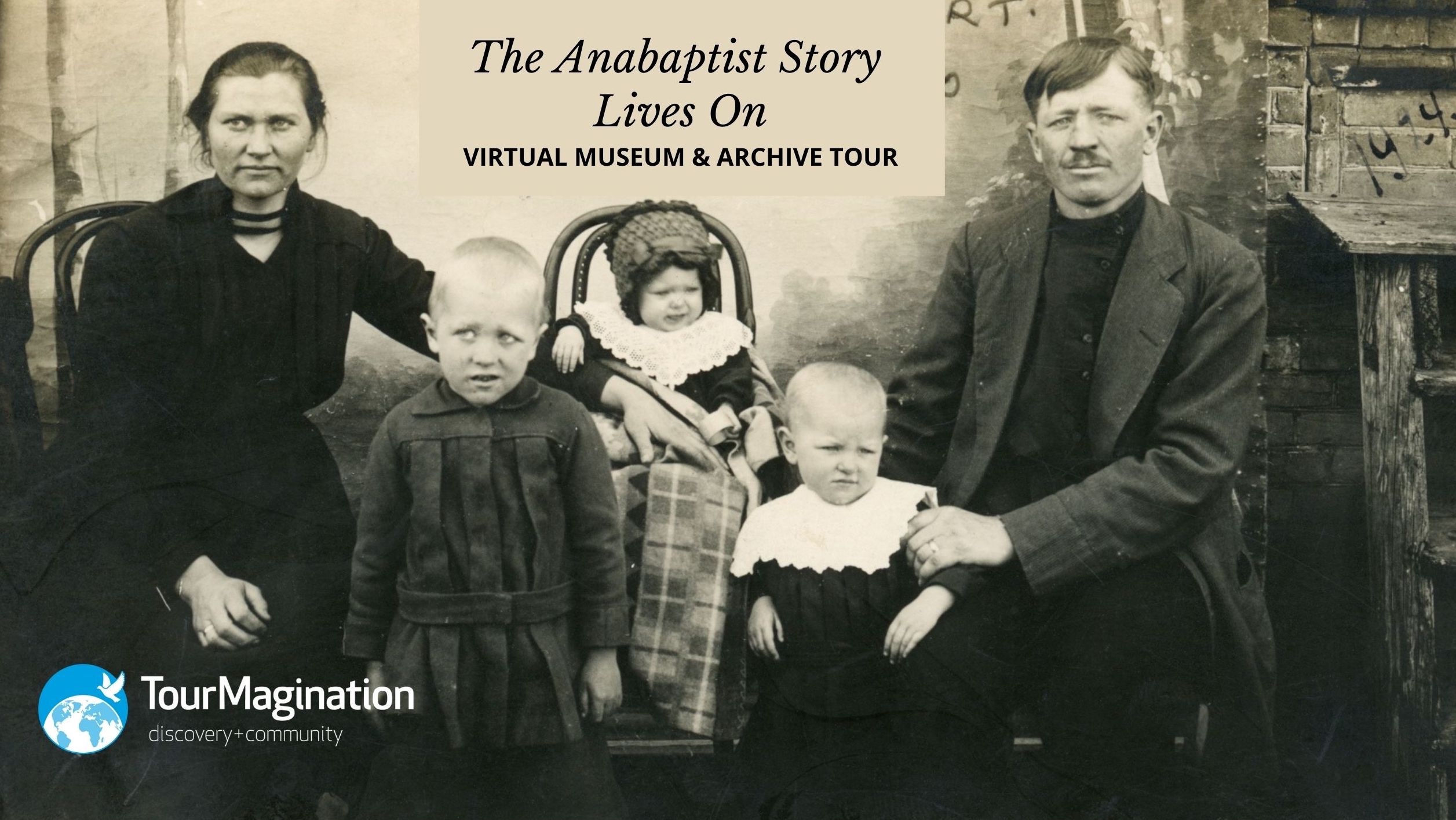